The 2015/16 Winter has been poor for skiing on my local ski hills with little or no snow to get out in.

However the English Lakes have had a good season, with good snow cover through most of the Winter.  In February Winter arrived in Wales, with snow fall in the Beacons and Snowdonia.

I had a free day but it was tough to decide where to go ?  The Lakes has snow but were 3 hours away. Pen Y Fan in the Breacon’s  was a ‘maybe’ but I wasn’t sure how much snow had fallen.  However the Internet suggested that Snowdonia could offer some sport and after a fair bit of indecision I loaded the car and headed up the A55.

Mark from Snowdonia Adventures had very kindly given me the heads up on parking and conditions and was also planning a ski tour with a friend from the same car park.They duly parked up just as as I leaving to to walk up.

The route follows a short stretch of an old roman road to gate, at which point you head South and up along a wall onto the tops of the Northern Carneddau range.  2/3rd of the way up I heard a shout and spotted Mark who was trying to catch me up. Never one to miss an excuse for a rest I sat down and waited. It turned out that Marks friend had forgotten a good portion of kit so Mark and I head up together. 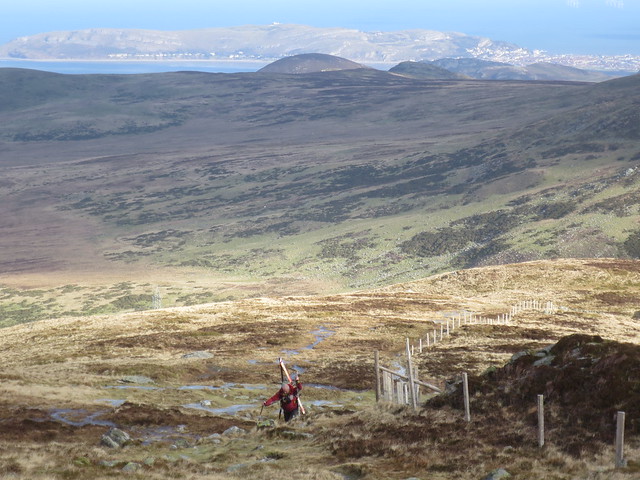 The snow line was at around 600m where we could put skins on. Ground conditions were a mix of snow and icy rime covering rocks and grass but it was easily thick enough to skin up.  The wind had done it’s work and there were some nice snow filled depressions to aim for on the way down. 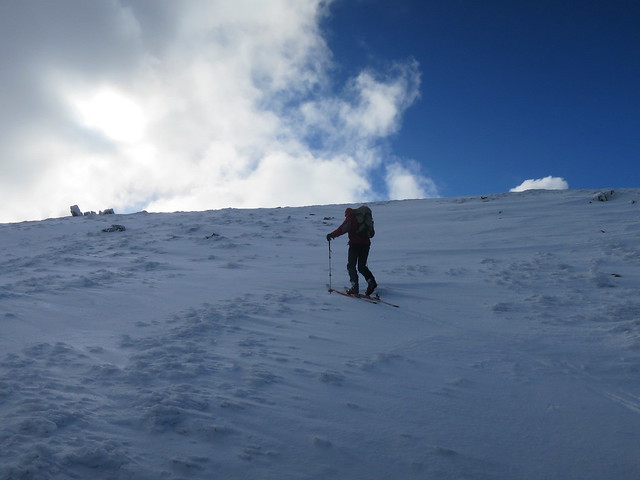 On making the summit of Foel-Fras we continued along the ridge to the next col for a look at the conditions. Although the range was white over the snow cover was relatively thin so we headed back up for the ski down. 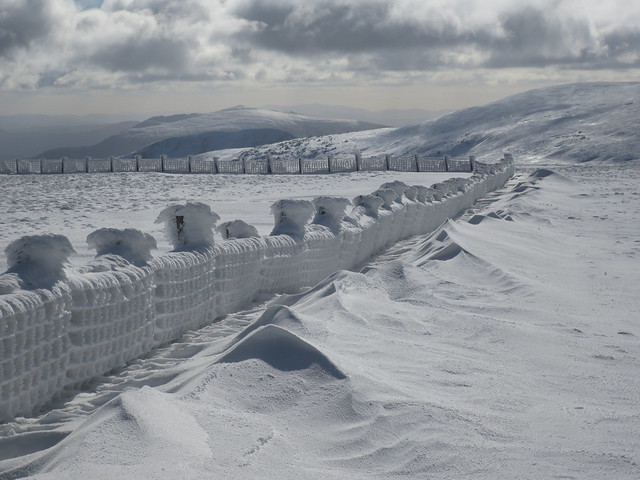 The initial section didn’t look appealing with the prospect of rocks at every turn, but genteel turns on flat ski’s did the trick and we soon managed to find some clearer lines. Needless to say they were over too soon and we were back to rocks and grass, although we did manage to ski right to the stepping stones at the return col. 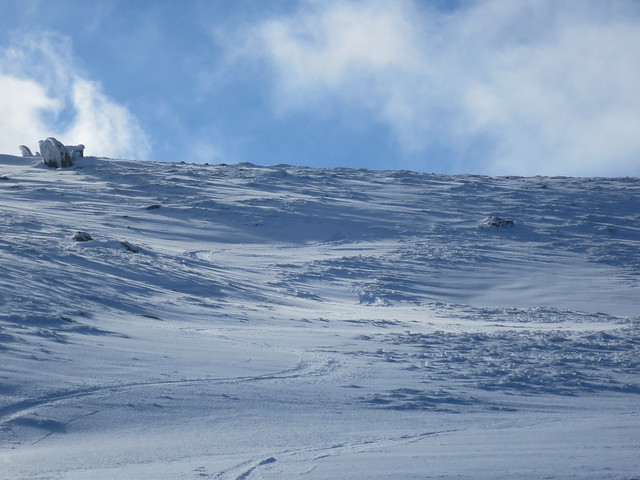 All that was left was the walk out. Although the skiing element was at the combat end of the scale, it was an excellent day and whetted my appetite for more Snowdina skiing.

The Ordinance Survey suggests that we covered 13km, with a total ascent of 548m.  The ski descent was around 222m. 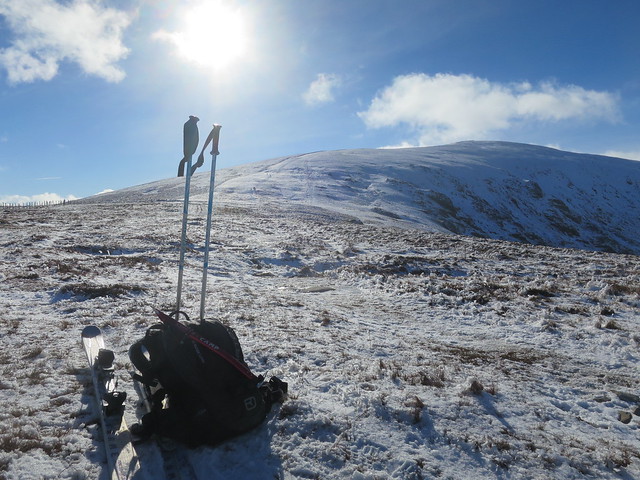