The epic opening conditions in Shropshire lasted four days but by day 5 temperatures were on the up and work called.

The following Saturday I had a very speculative drive up to Pistyll Rhaeadr, the gateway to the Berwyns in the hope that the snow had kept better with a bit more altitude.  There was snow cover but the thaw was firmly underway. 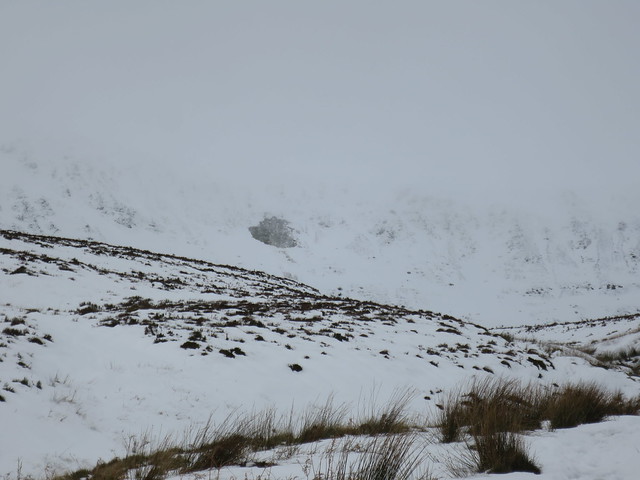 Slab avalanche on the head wall, below Moel Sych.

Surprisingly I spotted 2 sets of avalanche debris.  The first had crossed the miners track and had probably come down in the week, starting at the top of a gully. The second,  a full depth ‘slab’ was on the head wall above the Llyn, triggered that afternoon by walkers.

I managed a few turns but they were ‘challenging’ ! 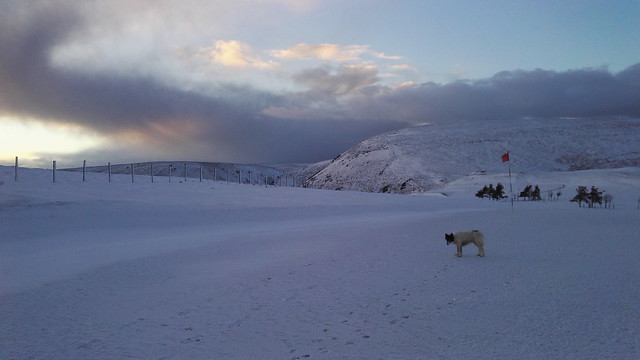 My final Shropshire ski of 2017 was up on the Long Mynd, on the Golf Course.  I took Poppy along and sadly it was to be her last outing, she passed away a few days later. 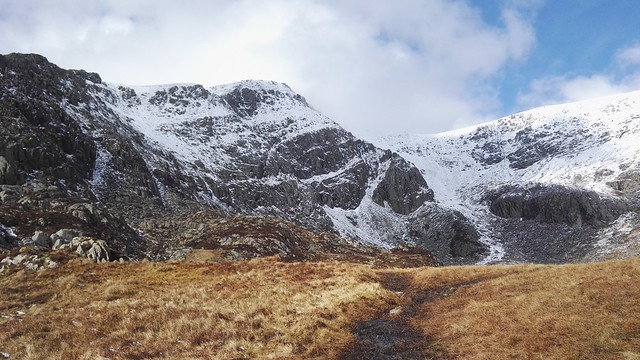 Ski touring on the Carneddau, looking up to Carnedd Dafydd.

Snowdonia often delivers late season ski touring, with April snows. This year was no exception and I headed over on April 1st. Conditions were uncertain so there was every chance of an April Fool, but on parking up it looking promising, with a thin snow line at the 500m mark.

After a hike and a skin up, the ski down was good, although the visibility was poor to start.