A bit of a late update as it’s almost 12 months since the start of last season.

Yet the early Winter of 2017-18 was epic for Shropshire Skiing, serving up 4 days of touring straight, including a genuine powder day.  It kicked off with snow falling on December the 8th tempting me in to some touch light skiing up the Wrekin. 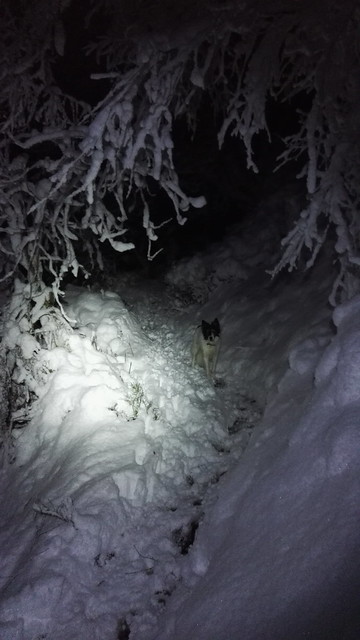 Saturday was a tad milder and murky but I was tempted to have a look at South Shropshire and the usual suspects. 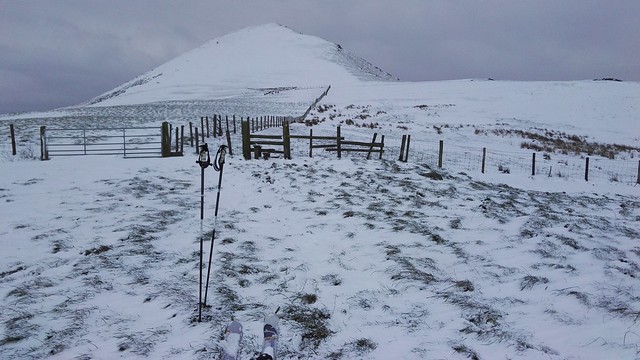 Snow fell overnight and into Sunday making the roads difficult, but by the afternoon it has eased off enough to make a trip to the Wrekin worth a try. The side paths were empty with lovely cold snow. The main path was busy, almost pisted by all the walkers,  with a few boarders and skiers taking advantage.  I couldn’t resist dropping off the side to sample some Shropshire tree skiing ! 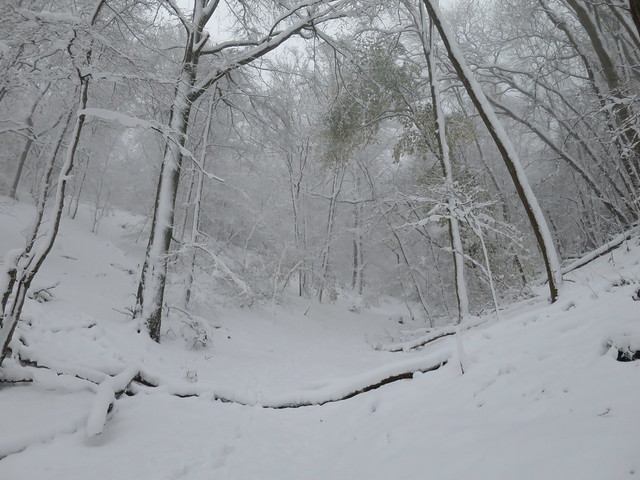 ^^ Sunday, back at the Wrekin, skinning up the side paths.

Monday was the day. More snow overnight but dawning clear, if windy.  Emma and I hooked up and we headed up the Caradoc eventually scoring some pleasantly steep powder turns off the Little Caradoc. 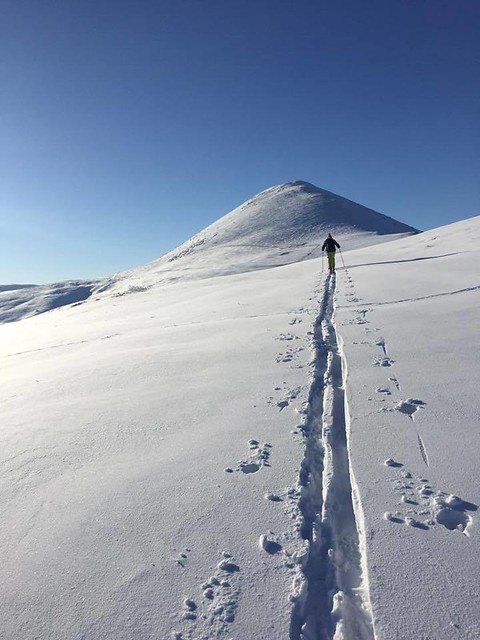 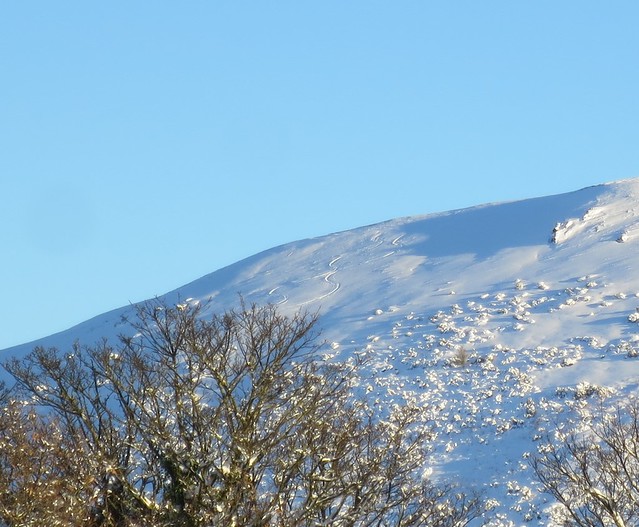 ^^ Our ski tracks on Little Caradoc

Emma had to head back, but with plenty of light I decided on a solo skin up the Lawley. In the past the grassy slopes are a good bet and they didn’t disappoint today. For the first time I wished for better over my ancient Salomon 1080 rock ski’s. 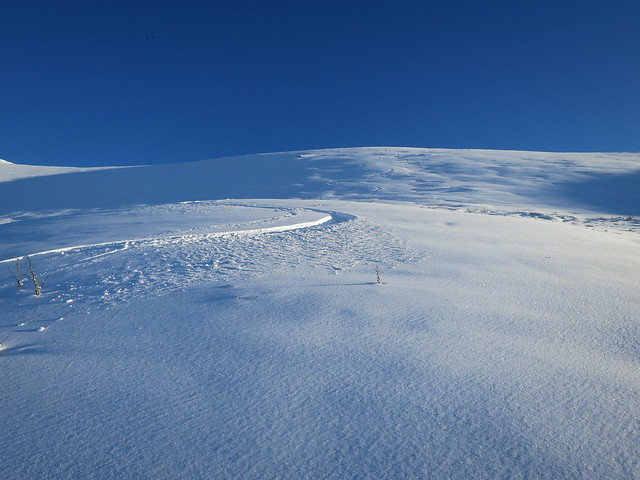 ^^ Solo over to the Lawley. Shropshire Powder. 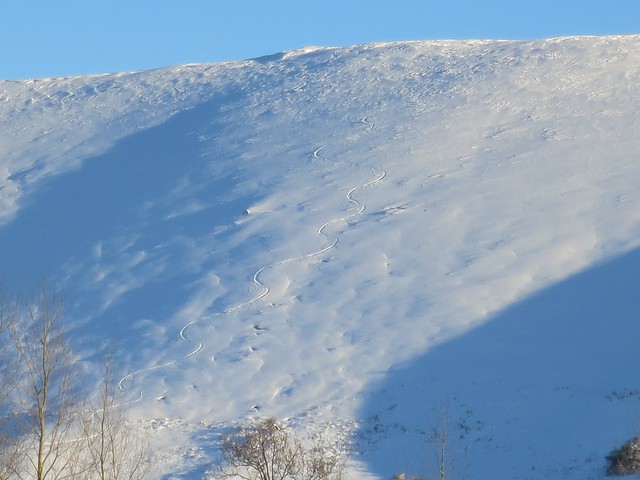 The Lawley is always a good bet for Shropshire Skiing.